Tabletop conveyors are an essential element in most production lines and warehouses. These help move all sorts of products effortlessly and is, therefore, maximizing productivity while taking up minimal floor space.

Many people choose a conveyor based on its outward look and design, which shouldn’t be the case. There are, however, manufacturers that will include a lot of bells and whistles, which won’t do much for your bottom line and yet will just increase the price of the conveyor. One of the elements you should evaluate to guarantee the tabletop conveyor you buy meets your needs is its pulley system.

The pulley system is used for driving or redirecting the machine, and for the provision of tension and tracking of the conveyor belt. One of the parts that make up this system is its hub. This marks the connection point between the pulley’s wall or end disk and its shaft. Hubs and bushings are used in conveyors to allow the expansion of the hub and contraction of the bushing when the components are fixed to your pulleys.

The following are some of the options you have for your conveyor’s hub and bushing systems:

These are designed to be used with conveyor pulleys, which have two hub connection points. Their steeply tapered angle consists of hubs measuring about two inches per foot. This will minimize pre-stressing on the pulley’s end disk, which normally occurs during the bushings’ installation.

Using four bolts compensates the decreased clamping pressure resulting from the steep tapered angle of this system. Steeply tapered systems can unfortunately not be tweaked to suit single hub arrangements.

These are meant for conveyors that have one connection point for the hub, like sheaves and sprockets. The shallow tapered angle of these systems — approximately 3/4 inches per foot — boosts torque transmission. It can, however, pre-stress your conveyor’s end disk when installing the bushings and increase the risk of end disk fatigue, bending shafts and bushing breakage. 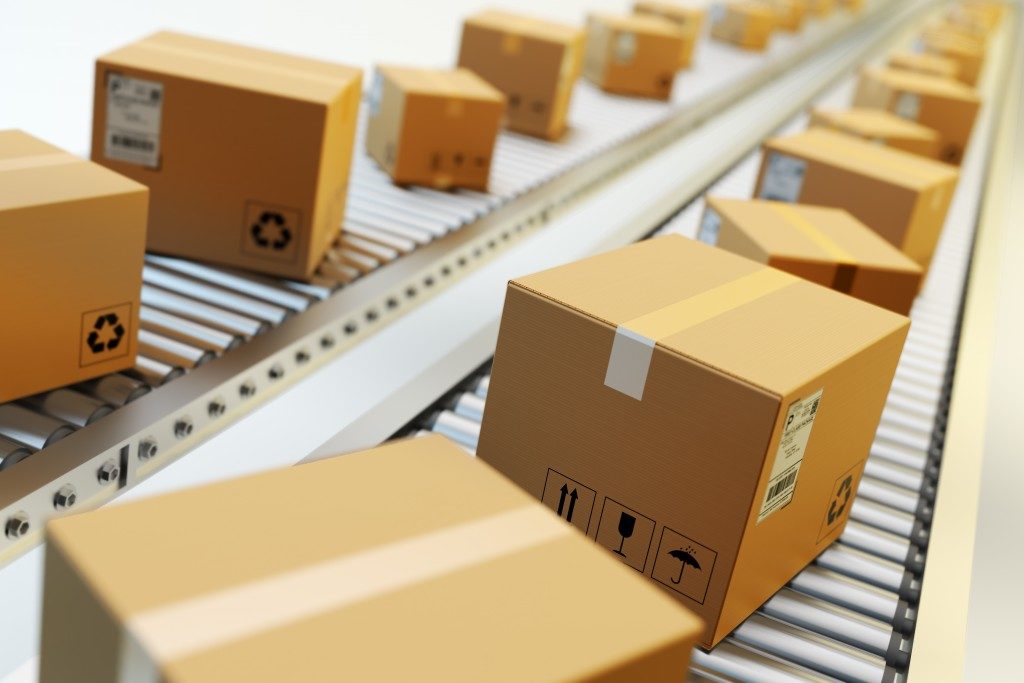 These are also meant for conveyors with one connection point for the hub. Their angle is 1-16/11 inches per foot, which help in minimizing its end disk deflection. Moderate tapered systems are also chosen for their aesthetic reasons, owing to their clean look when connected to the bushing. Unfortunately, they have a weak grip to mating shafts and have an increased risk of shaft misalignment.

These are used in conveyors with two connection points for the hub. The exaggerated steep angle — 3 inches per foot — minimizes stress on the end disk, which reduces pulley failure. You will, however, need significant force to seat the bushing properly, and this will increase the possibility of bolt breakage.

There are different types of hubs used in conveyors, but compression hubs are the most common. The above compression hub and bushing systems are locking devices, which different systems can be mounted without a hub. Axial compression is instead used to hold the components in place while generating radial pressure to enable the shaft’s fit. The systems are ideally used for mounting narrow conveyor components, which can be damaged by tensile stress.