When it comes to carbon emissions, there’s good news and bad news in the UK. The CO2 levels have been declining over the years.

According to Data Commons, it fell to around 6 tonnes in 2010 compared to almost 11 tonnes in the 1970s. In 2016, the country’s carbon footprint was way lower than the United States, China, and other European countries such as Russia and even Germany.

However, air pollution remains a critical problem. In fact, in 2020, for the first time in history, dirty air became the primary cause of death of a 9-year-old girl.

This begs the question: Is it high time for more people, including business owners, to begin investing in eco-friendly vehicles to minimize air pollution and carbon emissions? Let’s explore the possibilities.

The Cost of Owning a Vehicle

For any business, one of the primary considerations when investing in big-ticket items like vehicles is the cost. Currently, the average cost of owning a car in the UK is around £3,500. However, it could increase to almost £6,000 if the vehicle isn’t financed.

The costs may also increase depending on the type of vehicle. Big businesses are likely to use vans and lorries, which may be pricier to buy from the get-go than a sedan and more expensive to maintain.

But how about eco-friendly vehicles like electric cars? According to Nimblefins.co.uk, the average price of an electric car in the UK can differ depending on the model. 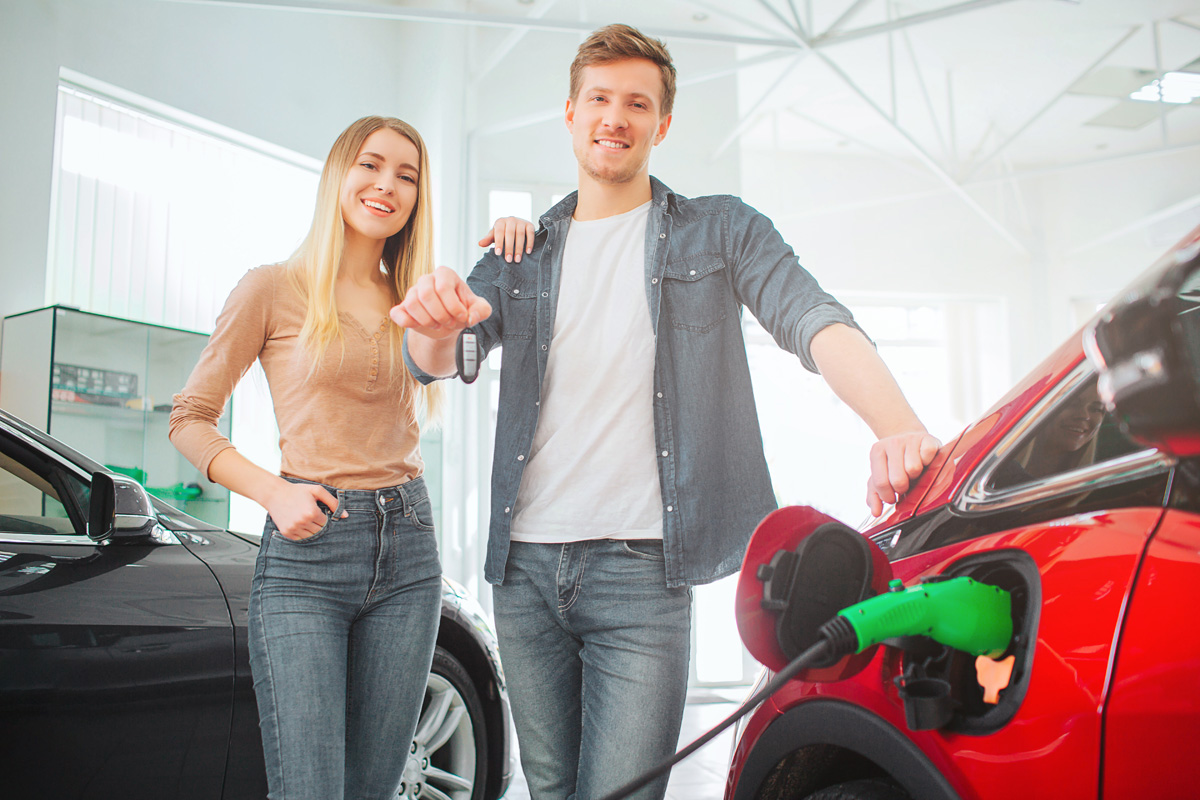 The cheapest one may already be worth over £15,000. The average price of most models is at least £43,000. For those who want the top-of-the-line options, they may need to double the average cost.

Meanwhile, a regular non-electric tractor may carry a price tag of about £60,000, although the most expensive models may be worth £80,000.

At an initial glance, it seems eco-friendly vehicles will be pricier than conventional ones, but using the options above is like comparing apples to oranges. What happens when one compares an environment-friendly van and a regular type, for example?

The Nissan e-NV200 is an entry-level commercial electric vehicle that a person can buy for less than £15,000. A good match for this is the Vauxhall Combo, which is currently sold in the UK for nearly £20,000.

In other words, being electric, plug-in, or hybrid doesn’t automatically make the vehicle more expensive than its regular counterparts.

In the UK (as well as in other nations), business owners are often allowed to claim allowances on their taxable income. These can include the capital allowances on vehicles, such as depreciation.

But those who invest in e-vehicles may also claim enhanced capital allowances (ECAs). Introduced in 2001, the purpose of the legislation is to encourage individuals and companies to shift to energy-saving options, like vehicles that emit low carbon.

In the first year, the owner can write off the entire cost of the acquisition on the first year. This definitely provides immense tax relief for any business.

However, although the guidelines have been around for over 5 years, they can still get confusing, especially to those new to investing in energy-efficient products. Thus, people in charge of the books of these businesses can consider approaching specialists in capital allowance for accounting firms.

The government also provides a grant on brand-new plug-in vehicles. Although the amount dropped by around half, an individual can still claim up to £2,500 deduction on the purchase price.

Another big concern for vehicle owners is depreciation. Some experts have already said that the vehicle can already lose about 10 percent of its market value as soon as it leaves the dealer. By the fifth year, its value in the market would have already declined to 40 percent.

Electric vehicles can also have the same problem. In fact, in a study by iseecars.com, some models could lose as much as 52 percent of their value.

The primary problem, though, isn’t the way it works but the demand in the market. Because the need for these vehicles has been increasing, several models can hold on to significant value despite depreciation.

For example, Porsche Taycan may still be worth 77 percent of its original price after a few years. Tesla is one of the brands that have the lowest depreciation rates because of product demand.

Whether to buy eco-friendly vehicles for business is the owner’s choice. However, these days, investing in one no longer puts the individual in a losing situation. Besides grants and enhanced capital allowance, electric vehicles may be cheaper than conventional ones. They may also hold their market value better in the coming years.