Contrary to popular belief, confidence isn’t a state of being. It isn’t a feeling, either, nor is it a trait. Confidence is a skill, which is the ability to recognize your ideas and trust in them. It’s a skill that enables you to listen to your inner voice and believe that you are relevant enough.

As with every skill, confidence must be built through repetitive and consistent actions. It requires you to be a little braver each day. As a woman in the workplace, with gender pay gaps and misogyny thriving alongside the opposite sex, confidence can be hard to come by. Times are changing, though, as the career woman is taking back her place. Here’s how to become the confident career woman you deserve to be:

Dress sharp—and no, it isn’t superficial

In fact, clothing is believed to be the primary instrument in creating a good impression. Science dictates that people are innately superficial. It’s not just a cultural phenomenon; it’s an instinct borne out of human survival. This explains why we tend to formulate an initial opinion on someone before actually meeting them. This is why dressing to the nines is essential to building your confidence.

The better dressed you are, the more attention and respect you’ll get. But no, you don’t need an entirely new wardrobe to find clothing franchise business opportunities, for instance. Your current wardrobe will be more than enough; spruce it up with the right accessories, and you’re good to go. People also tend to perform better when they feel good about themselves, and clothes are definitely part of that formula. It lets you believe that you deserve better, increasing your confidence ten-fold.

Know your boundaries and set them

The inequality in the workplace can be overwhelming. Most women are forced to always say yes to project after project, in a desperate attempt to get that raise or promotion. The confident career woman knows how to say no, though. Knowing your boundaries is taking care of yourself, and taking care of yourself allows you to become your most confident self.

So, no, don’t make yourself accessible to every project. Researchers deduced that one of the main reasons women aren’t granted the same positions as men are overfatigue and burnout. As you know, women face high expectations both at work and at home. Being always available is a standard set on women, but it’s an impossible standard. Make sure that you prioritize yourself; by doing so, you retain access to your most confident self.

Don’t shy away from asking questions

This isn’t specific to being a confident career woman, but confidence in general. There are no stupid questions. Think about it this way: that “stupid” question may save you from making a huge mistake that could potentially cost you and your company. Remember that asking questions is a way of learning, and why would you not want to learn? The more you ask, the more you learn. People may laugh and say things behind your back, but the joke’s on them. You learn more, which means that you get better at your work. The better you are, the better chance there is for a promotion.

What is your definition of success?

Unfortunately, many of us define success by measures we see from others? We try to emulate others who own fancy cars, huge houses, and big bank accounts. That’s how we are made to perceive success, and that’s okay. To become more confident, though, fill those hollow dreams with meaning. Make those measures vehicles to achieve the success you wish.

For instance, is becoming financially capable equate to a comfortable requirement and unlimited travel plans? Does owning a big house mean more space for your family and friends? Whatever it may be, define your own success. Don’t just rely on everyone else’s dreams.

Quit comparing yourself to others 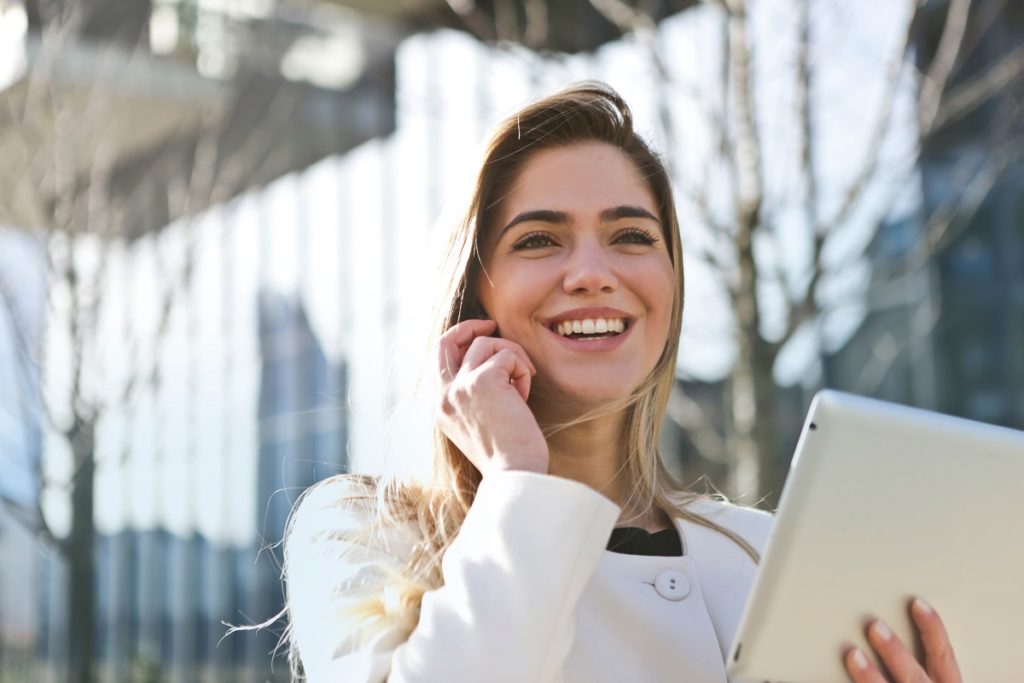 This is the golden rule to building confidence: stop looking at everyone else and focus on yourself. As with life and in the workplace, every person is unique. Their approach may be different from yours, and the business plan you’ve both made have different angles. This doesn’t mean that yours or his is any better; they’re just different. Continuously comparing yourself to others snuffs out any confidence in you and will leave you unhappy. Instead of looking at everyone else, focus on your own set of skills. Grow them and try new things.

The formula for building your confidence isn’t set, but these steps have been designed to help you grow as a career woman in the workplace. As you hone your confidence, remember that change doesn’t happen overnight. Treat yourself with a little bit of kindness.